The result of the Multi Tasking Staff exam will be released soon by the Staff Selection Commission and the SSC MTS Tier 1 Result 2022 will be released in online mode only. The CBT was organized by Staff Selection Commission from 5 July 2022 to 22 July 2022 at the designated centers at various locations across the country. After this, on 2 August 2022, the SSC had released the provisional answer key of the examination. The aspirants were given time till 7 August 2022 to raise objections to the answer keys. SSC MTS Tier 1 Online Results 2022 might be announced by 29 September 2022 . It is likely that the Tier I result could be released by end of September or latest by October and aspirants can Download SSC MTS Tier 1 Result 2022 Online via ssc.nic.in.

Staff Selection Commission may release the SSC Multitasking Staff Tier 1 Result 2022 anytime now. However, there has been no official confirmation by SSC on this. As soon as the result is released, it will be hosted on the official website ssc.nic.in. This time the SSC MTS Tier 1 exam was organized from 5 July 2022 to 22 July 2022. All the aspirants who appeared in this recruitment exam can check and download their SSC MTS Result 2022 Tier 1 by visiting the official website of Staff Selection Commission at ssc.nic.in. 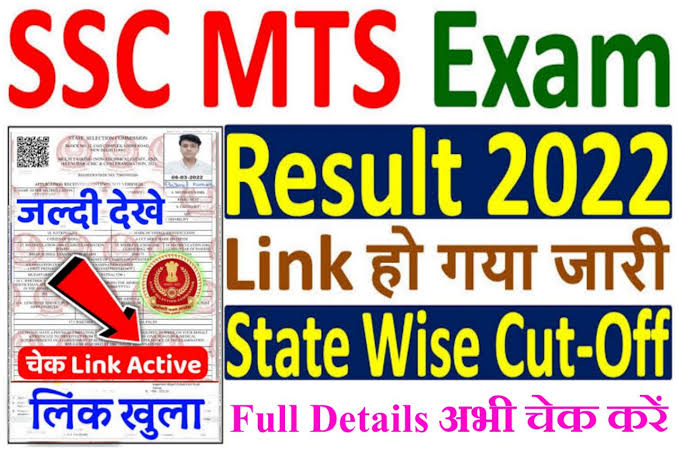