SSC CHSL Exam Dates 2023 – The Staff Selection Commission released the official SSC CHSL notification 2023 online on December 6, 2022 at ssc.nic.in. The commission also releases the SSC CHSL 2023 application form along with the official notification. The authorities will conduct the SSC CHSL exam for tier 1 in February/march 2023 tentatively.

Eligible aspirants can apply online for SSC CHSL Exam 2022 from 6 December 2022 to 4 January 2023 at the official website ssc.nic.in. For this, aspirants will have to pay an application fee of Rs 100. Keep in mind that the application will not be accepted after the due date, so do not wait till the last date to apply. You can also check the official website ssc.nic.in for more details on SSC CHSL Notification 2023. 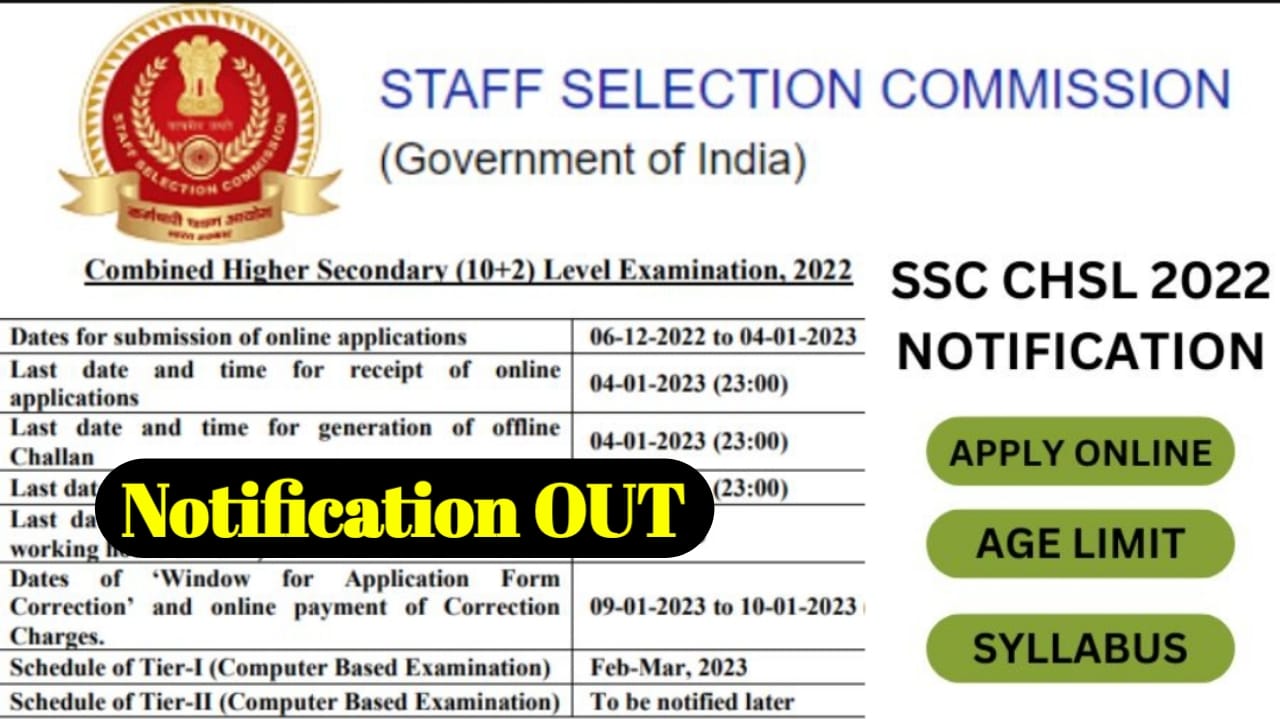